You know there is something cool about telling people you are going to hike Jupiter Mountain. It has a certain element of intrigue. I guess that is why I set off when it was 99 degrees outside. With a 40 minute drive the temp could drop a bit though.

And drop did it! By time I arrived to Spunky Canyon Road where the trailhead is I was pumped because we were sitting at 91 degrees. Fantastic.

This would still be the hottest hike I have ever taken on. But hell with a 2 liter camel back filled with ice water and a supply of 3 cliff bars why not?

When I arrived everything was just as it was a year ago. A barbed wire fence twisted on the ground, a old water tank with some graffiti and two ways to go… right and left. I opted for right as left takes you up a a really steep route which I find distasteful and a hell of a climb. (I actually tried it last year and turned back 3/4 of the way up) 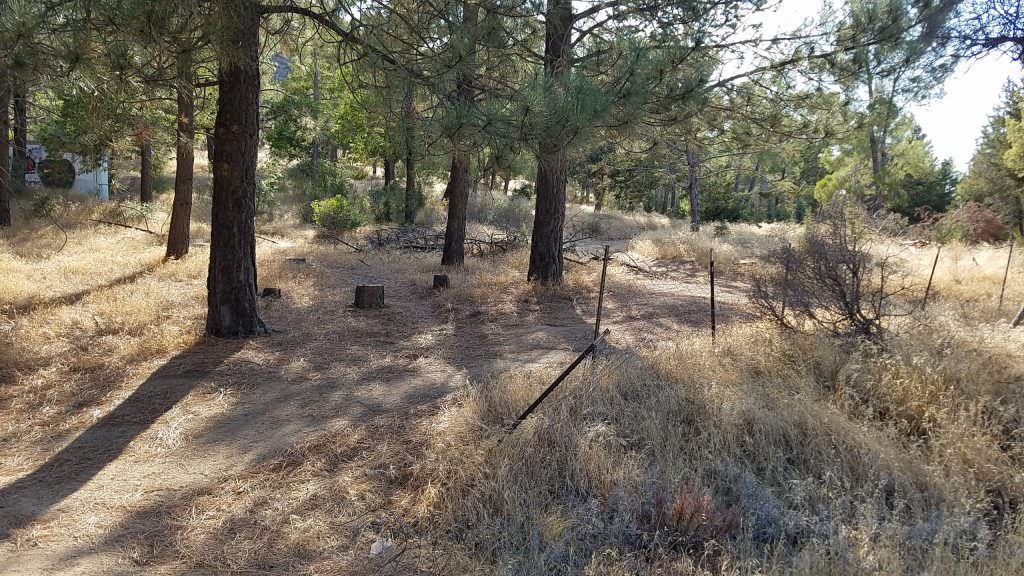 In the image above I took the road to the right. This wraps around to the South and you meet up with the actual trail. I couldn’t remember where the actual trailhead started and stumbled on this one by pure accident. 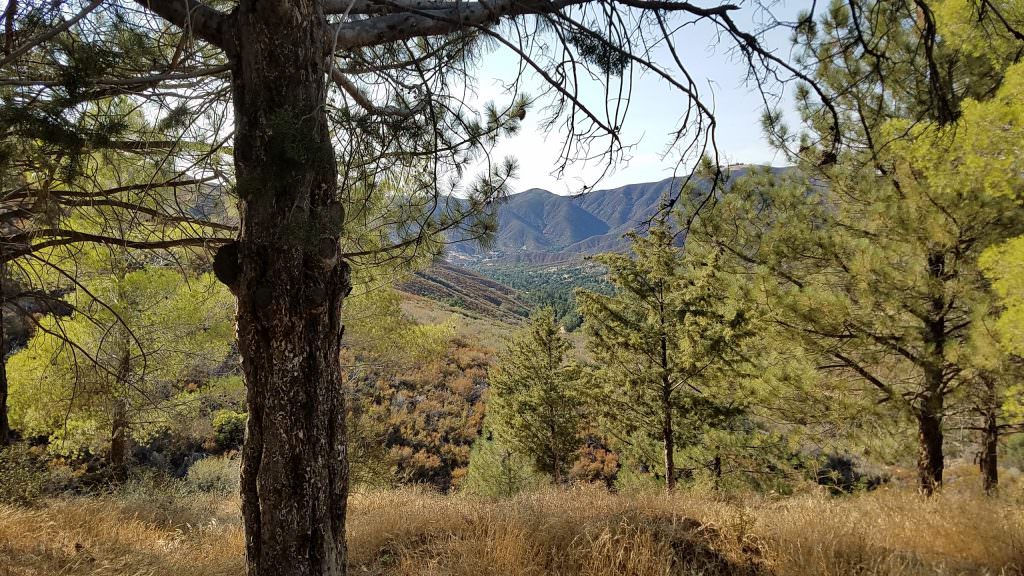 Green Valley Community – It is Green, I’ll give it that

There is sporadic foliage on the trail offering minimal shade. This is one reason I tried this mountain in the evening because I was on the shaded side. 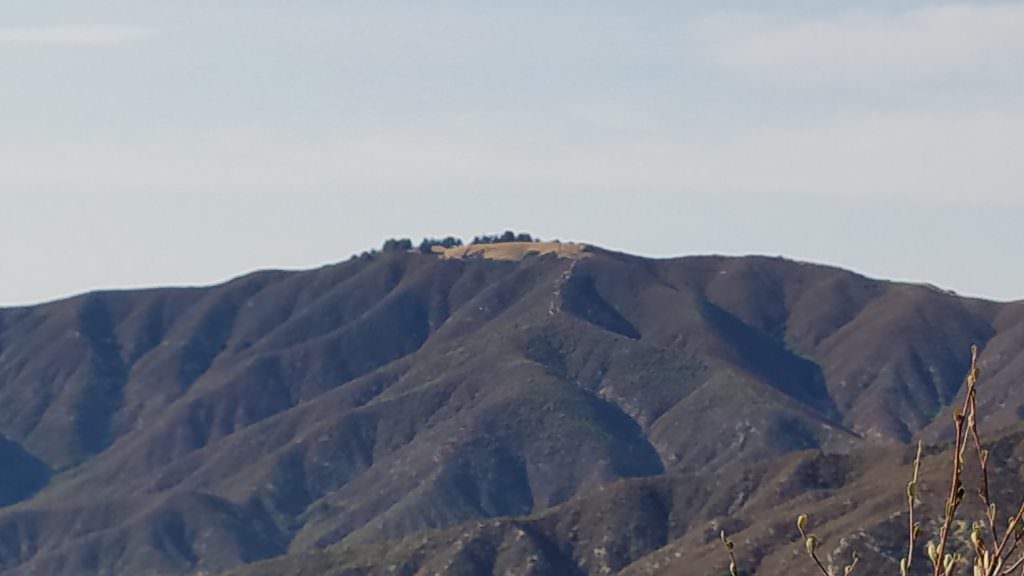 It’s a fairly easy hike and I kept pushin’ until I came to the saddle when it hit me. There was a steep climb to get to the summit. Not too long, but enough to make me doubt myself. I mean who wants to fall down a mountain? 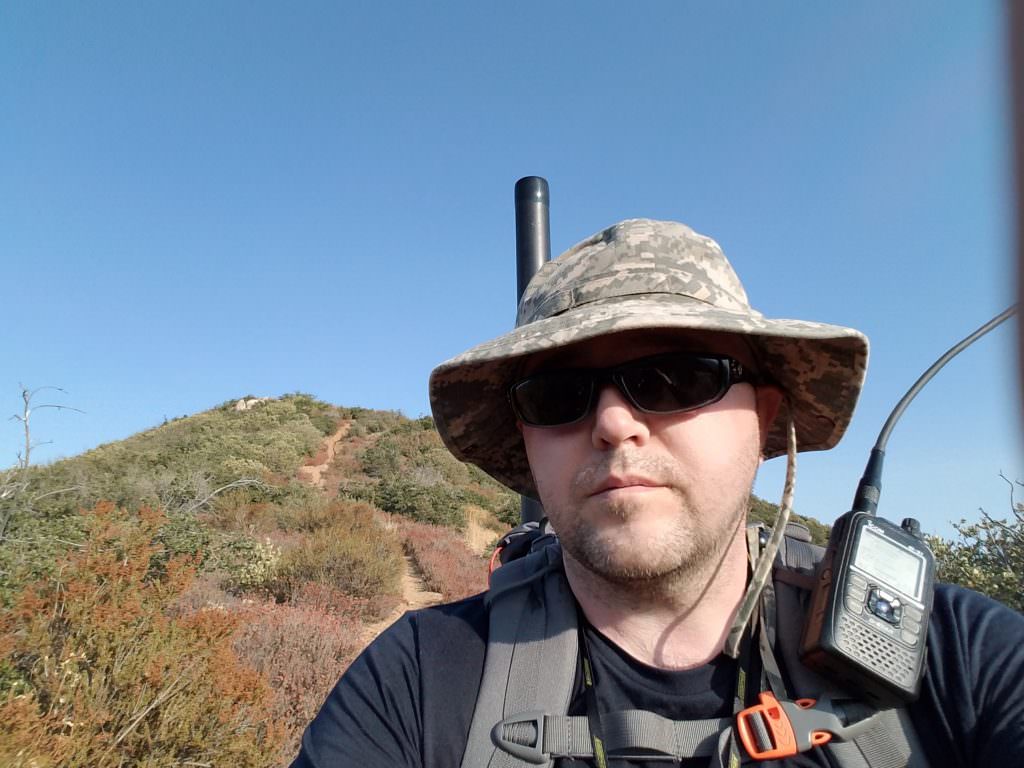 The Steep Climb at the Saddle

So I hobbled my butt up the steep incline where I was looking forward to sitting down. Little did I know some asshole had decided to torch part of the bench that is there. What the hell is wrong with people? 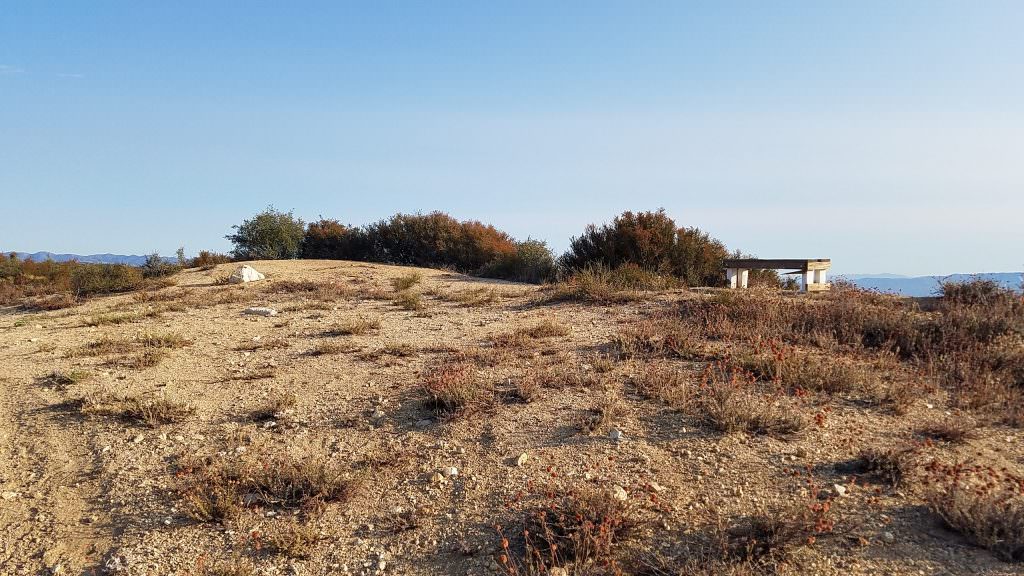 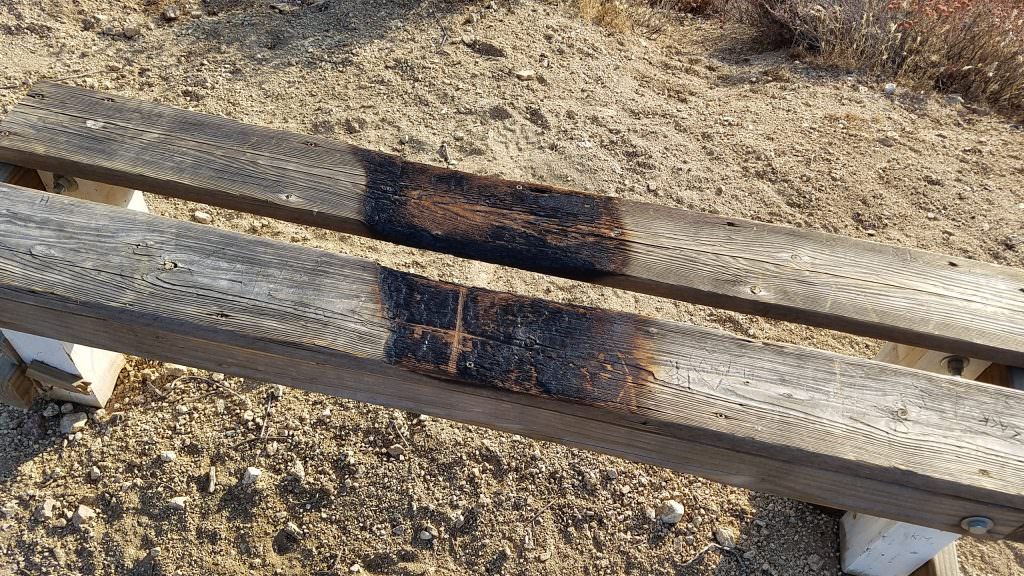 After I cooled off I strapped my Jackite pole to the bench and started erecting my inverted “V”. It was a bit windy so that made things a bit rough. I also remedied my power problem with my battery from the last activation. No not a new battery, just a new fuse. This allowed my to fire up my amp. It was needed due to band conditions. 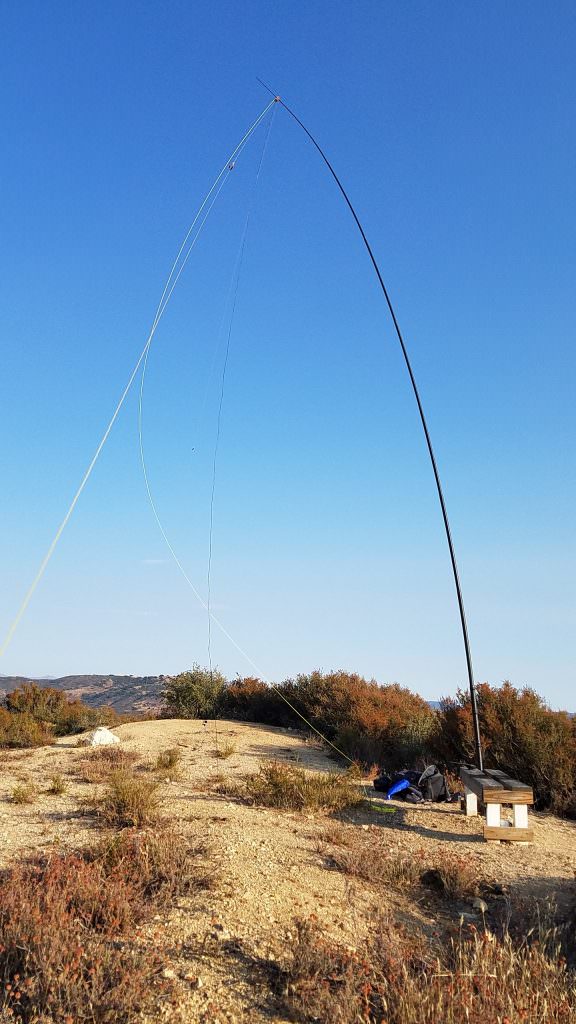 Speaking of band conditions they sounded decent on 40 meters. Because there was a contest going on. I’m not sure if it was because my spot was so late in the day (yes Verizon works here) or if the contest was fouling things up. I called and called, 40 then 20 then back to 40. I had one contact. Seriously? Ugh! I don’t mind contests, I think they’re kin of fun. But do you have to take the whole band? Where’s the SOTA love!?! 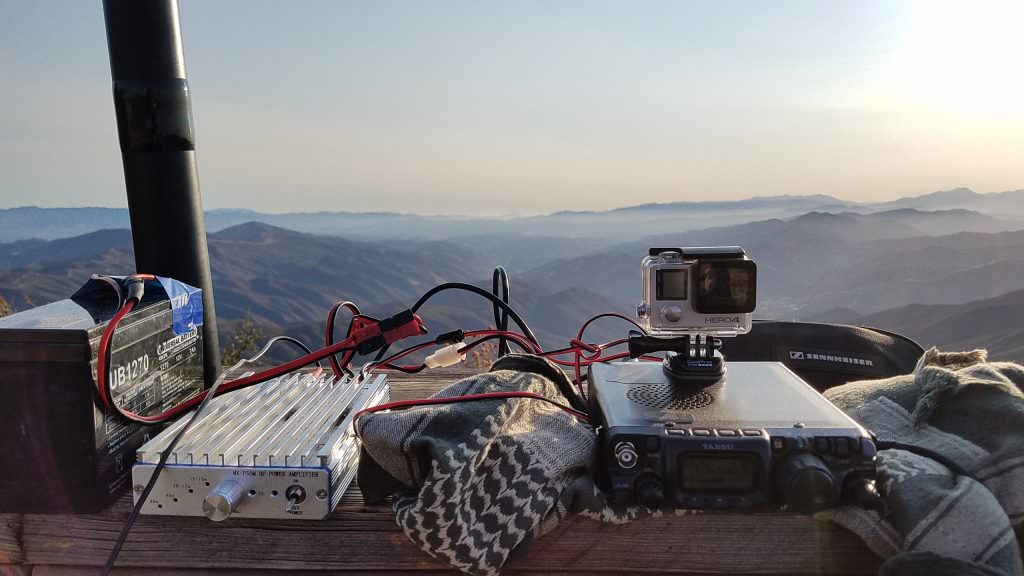 It was that time where sun was dropping and it was dropping quick. I had a headlamp on me but didn’t want to hike most the trail in the dark. Did I mention I saw mountain lion prints all the way up? Yeah a bit nerve racking. 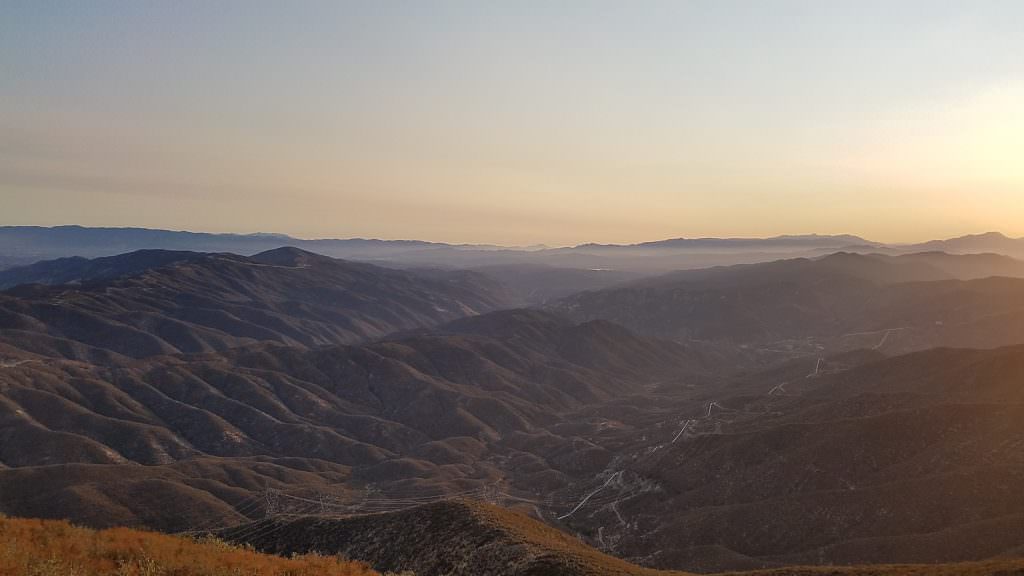 As a last resort I busted out the trusty homemade Ed Fong Antenna. I didn’t think I would get anyone up here being so far north. Low and behold I got one contact from the San Fernando Valley. Pretty impressive because he was full quieting.  No more contacts though. 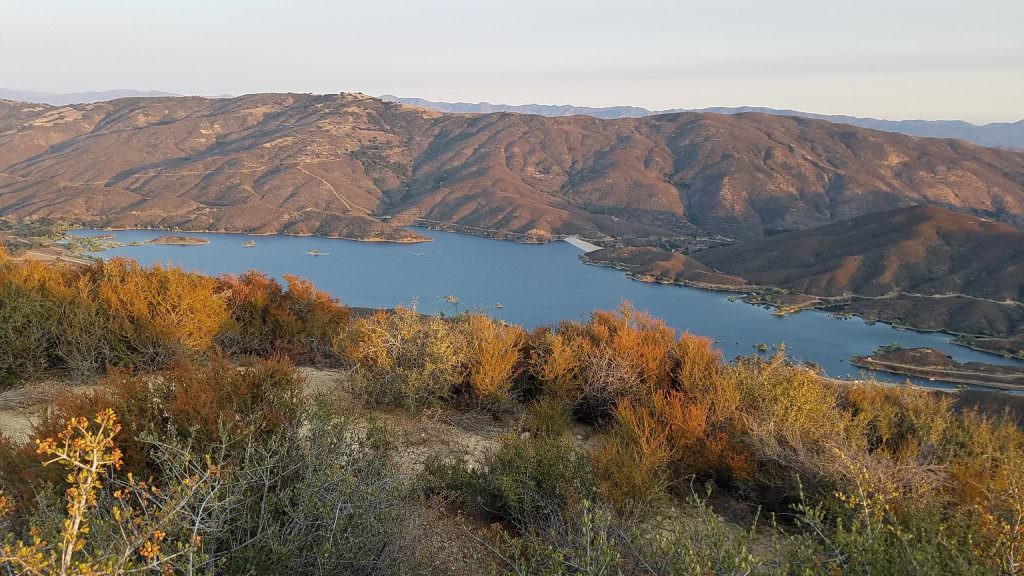 By this time I was bummed. I needed more daylight. I guess I learned something. Don’t activate a summit unless you are either going to camp there or hoof it down in the dark. 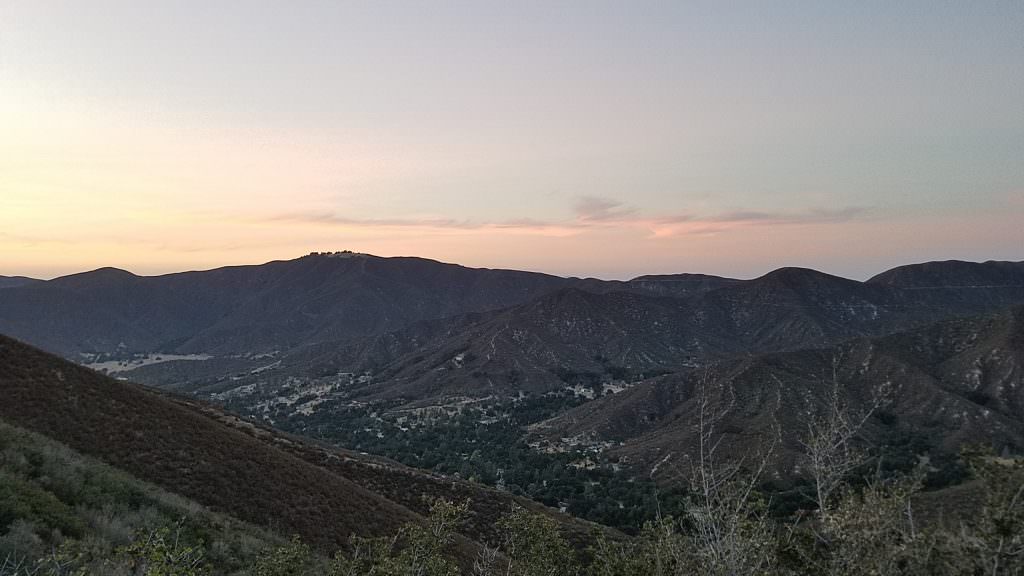 All in all the hike down was good. I beat darkness except for the last half a mile. It’s a good thing I had spare flashlight batteries as mine were dead. Talk about panic mode. The round trip mileage was about 3.25mi. Pretty short. I may have to tackle this in the winter. I like this peak and it wouldn’t be the first time I had to “re-activate” a summit.

73, and thank you for taking the time to read my blog and watch my video. -WC6Q Ryan