I had been wanting to do an activation for a while now. Two months to be exact. I was a little rusty because I had some car trouble recently, transmission, engine and another transmission rebuild. Needless to say that car is gone and I have a reliable vehicle again. My trusty Rav4. 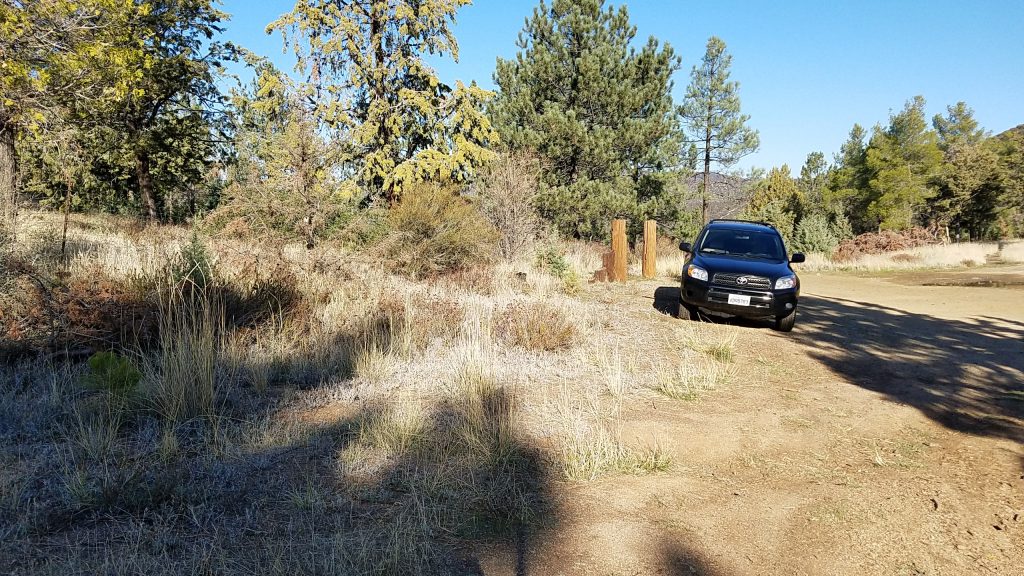 Being that it had been a while I opted to do Jupiter due to its length and the fact there is cell/data access. I didn’t want to fiddle with APRS today. I was supposed to connect with Hal N6JZT once I got to the summit and I tried but got nothing. Perhaps the antenna on my HT wasn’t enough.

The hike was pretty uneventful. The trail was a mess in some places due to the rain making a trough in the middle of the trail. I did mange to see a few bear prints in the dirt. They were about as wide as my foot. It looked better in person. The 3-D aspect just isn’t there in the photo. 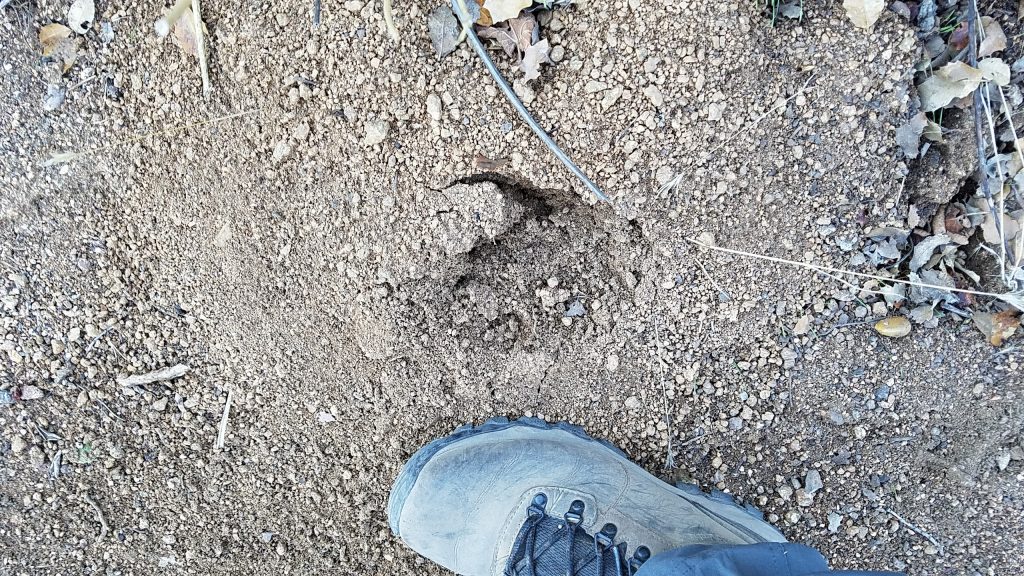 Bear Paw Print – The picture doesn’t do it justice

One thing that pissed me off was the fact that a motorcycle rider had taken it upon himself to ride the trail. This wasn’t so bad in the lower portion but the higher ascent was somewhat beat up. This is the section where you have to do some scrambling. This really made me tire and coming back down almost killed me. If if hadn’t been for my trekking poles I would have went down for sure. 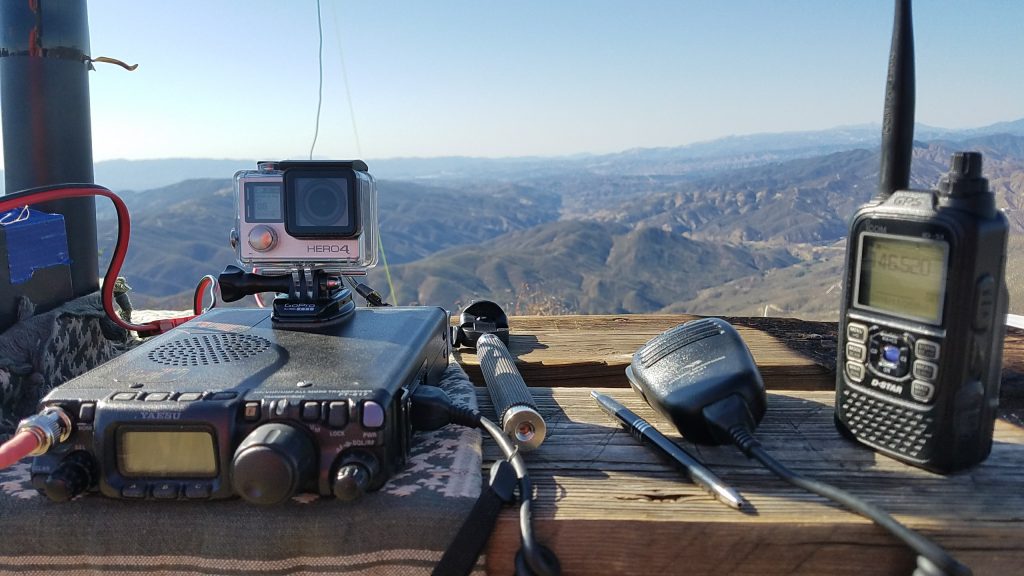 The summit itself was probably about 45 degrees. Then the wind was pretty strong so it made erecting the inverted V fun.

Opted to setup on 40 being that I didn’t know what band conditions were. I mean I know they have been less than favorable. 40 though seemed the logical choice.

I setup on 7.285, where I proceeded to get 14 contacts including 2 summits on the air from KB9ENS and KC7MSU. I actually had a noise floor which I have never had here. Must have been the conditions.

This noise floor made it hard to pull out some of the call. If that was you I appreciate your patience and hanging in there.

Well, into the pileup another SOTA activator took it upon himself to hijacked my frequency. Thank Lid. I was pretty disgusted by this point and shut the radio off and packed things up. 20 would have been nice to try but I was too pissed to reconfigure.

On the plus side I was impressed with what 5 watts will do under crappy conditions. I mean I hit Washington, Arizona, NorCal, and Utah. Talk about amazing! And to top it off I was getting mostly good signal reports.

Overall I must say it was a good activation, minus the lid. 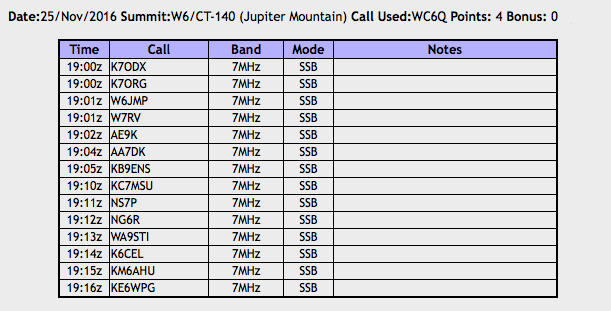 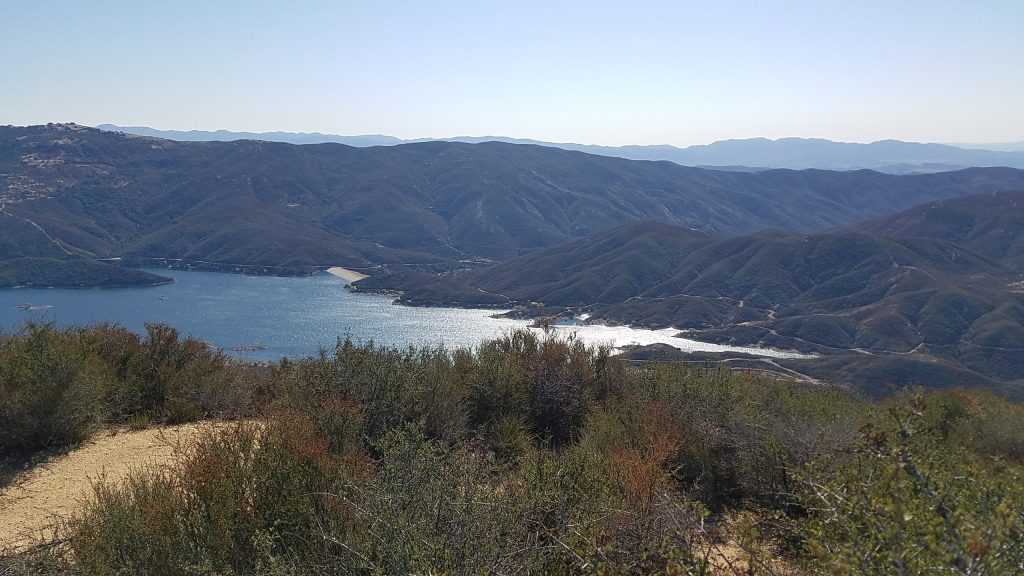 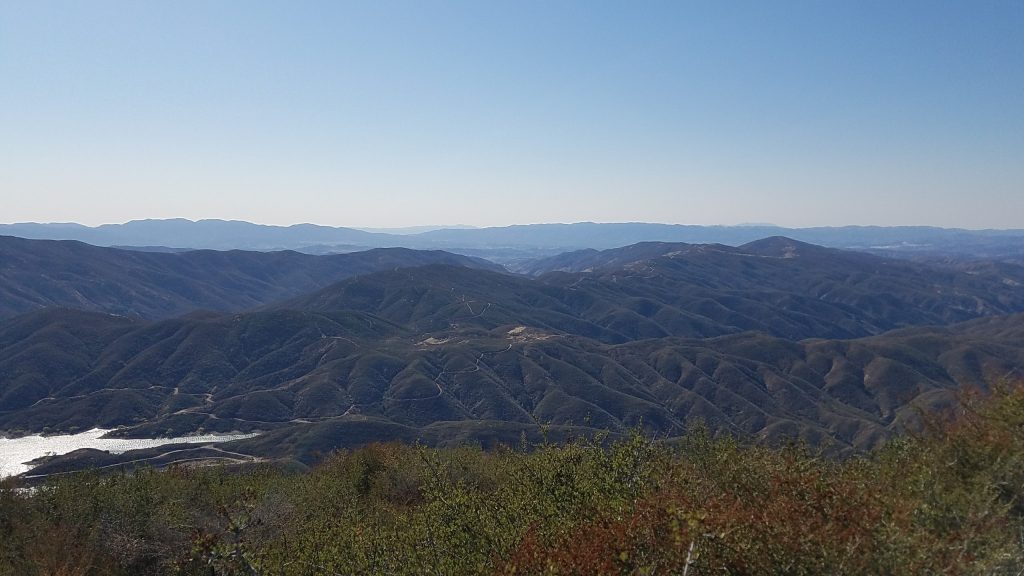 Man What a View